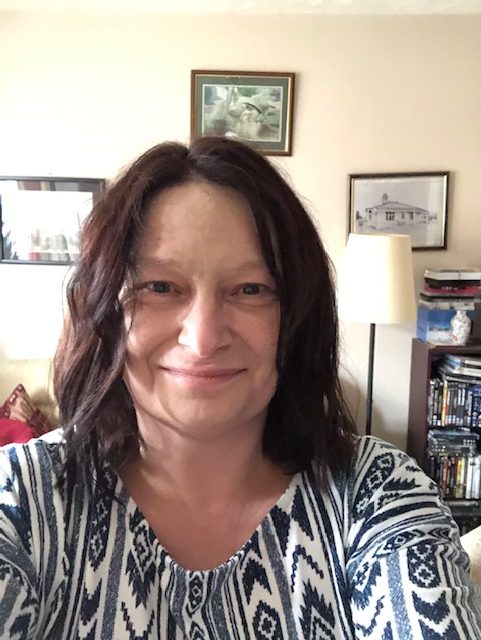 Report from the BCN visit to St Mary’s, Finedon
August 2020

Wild flower areas – an area at the rear of the churchyard was identified that could be made into a wildflower area without too much trouble.  It contains several graves and is currently difficult to mow.  This area also has a reasonable amount of wild flowers in the sward already, so you wouldn’t need to do much to encourage them.  Lady’s Bedstraw, Selfheal, Ribwort Plantain and Yarrow were found in this area. This would seem an ideal area as it’s not on show and could be designated to miss being cut by the mowing team to allow the plants to flower and set seed.

Allowing areas to flower for a month or two will give additional colour by allowing those flowers which are constantly being mowed a chance to rise above the sward and show themselves.  Wild flowers flourish best in low nutrient areas, so it’s important that when these areas are cut the cuttings are removed, in order to keep the nutrient level low.  The cuttings can be added to the established composting system. Compost heaps themselves provide an additional wildlife habitat.

Management of wildflower areas – The wildflower areas would need to be cut (with the cuttings removed) annually in late summer (and maybe again in the early autumn if there is sufficient growth).  Allowing other areas of the churchyard to miss every other cut from the current regime would allow things to grow up a little more and maybe even set seed.  This will be saving money and time each year as the mowing team won’t be required to mow so often – in these cash strapped times, surely a plus point.

Habitats for wildlife – To the left of this area, underneath the yews, there is dense ivy carpeting the ground.  The areas nearest to the perimeter can be left as they provide good, dense habitat for invertebrates and small mammals but we recommended taking out some of the smaller growth which is encroaching onto the grass in the churchyard.  Pull up and dispose of it to try and increase the grassland area.

Nest Boxes – might be something the congregation & local villagers may like to help with building. A mix of open-fronted (could attract robins, blackbirds, thrushes and pied wagtails) and small holed nest boxes (would attract the various tit species, house and tree sparrows).  The best place to site the open fronted ones would be where the cover is denser and offers better protection from predators. Tit boxes could go in the various trees dotted around the churchyard. Log piles  – one or more would be good in an out of the way place and is a good way to dispose of wood from within the churchyard.  This can be left to rot down over time and will create an invaluable habitat for invertebrates such as woodlice, centipedes and millipedes.

Sunny areas of the churchyard

These areas would be ideal for siting bug hotels and insect houses. 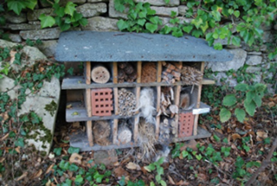 Left is a photo of the one at Stoke Doyle churchyard but there are many simple designs out there that are nowhere near so elaborate.

They’re best sited in the sun and are fabulous for a wide range of insects.  Solitary and leafcutter bees will particularly like bamboo canes and different sized holes drilled into blocks of wood.  Make sure they don’t get overshadowed by vegetation in time as the insects will stop using them.  This is a great project for local children to get involved with.

Food sources for birds – There are several trees several trees in the churchyard including silver birch, ash, yew and sycamore.  None of these provide berries which are an invaluable food source for birds in winter so this would be our first recommendation, perhaps a rowan or crab apple – both of which also provide a good nectar source for insects in spring.

A sightings board or sightings book would be useful so that visitors to the church and churchyard can write down what they’ve seen – this can also form the start of you keeping a species list of what’s been seen in the churchyard.

Lichens and mosses are a very important habitat – both of which I noticed in abundance in the churchyard. These should be preserved and appreciated.