In My Day
the rambling of Hubert James

In my day it was about this time of year that kids of a certain age got a bit nervous, and maybe they still do, because now was the time to change schools. 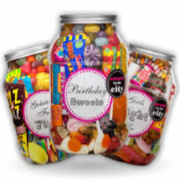 Up to then we’d had it easy. The only change of scene was from the Infants up to the Juniors and that didn’t seem so bad because you still had all your mates with you. The only new people you met were the teachers.

In them days you could get to age eleven without having seen another boy or girl from another town. And there was none of this choosing schools until you took the Eleven Plus, and that exam was pretty daunting. Nowadays they’d say you was out of your comfort zone.

And not only would you be meeting a host of strangers but you also have to learn their names and most of the time their nicknames.

You see in my day, we all had nicknames. It was the fashion but it wasn’t name calling. There wasn’t anything vicious meant by it. It wasn’t four eyes, or big nose. You’d probably have a Ginger but even then it was a matter of fact. Course, nowadays none of this would be PC. We didn’t know stuff wasn’t politically correct. PC was always followed by a name- usually Miller and signified someone you should respect for keeping the Law.

Yes, nicknames were common as shoes amongst the young and might even last a lifetime. Mind you we did have one slightly odd example. There was an old lady called Mrs Catterick who had a little sweet shop near the Rec for a short while. She was a lovely old dear and was like everybody’s favourite Gran. She had a very distinctive squeaky voice. She sounded like she’d got a sore throat all the time. We put it down to too many gobstoppers. All the kids knew her and she knew all of us by our nicknames.

She told us that she had never had a nickname when she was a little girl. She asked us if we could think of something for her. So Jelly Bent, Eggy Edwards and Fag Whatsit put their heads together to find her one. Now then these three were known for practical jokes and so we were afraid they’d come up with something not really suitable. But what they did was they told her that she had to pass an initiation ceremony to become an honorary child. Eggy reckoned the Apaches did some sort of test when a new Brave came along. They told Mrs Catterick that she had to manage five keepy uppeys with a football, hit a wicket with a cricket ball and learn her nine times table. Well the old lady went a long with it and passed with flying colours.

What did we call her? Well if you’re getting on a bit, you’ll have heard of her. She became a Nan Called Hoarse.