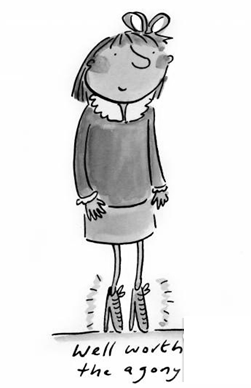 In my day about this time of year that folks feet would start to play up. You know, when the weather started to get changeable.

Course, it didn’t help that shoes were generally ill fitting. Not because they were poorly made, they weren’t but feet had a tendency to grow especially at times when pockets were empty.

We all knew they grew in the summer and more often than not they had to be squeezed back into last terms school shoes come September until funds could be found for new ones.

Aching feet really came into their own when fashion got involved.

I seem to remember that it began with an Italian knife seller who lived along Thrapston Road. He took up with a young lady from the Co-op. Now it happened that he was very tall and she very short.

He came up with the idea of attaching thin blades from his knives to her shoes to make her taller. He persuaded her that it improved the look of her calves and bingo, stilettos were born. Trouble was they shoved everything forward leaving your toes a crunched up mangled mess at the front of your shoe. And that’s when bunions and corns started to multiply.

At first it was just the women who suffered but then a cool young apprentice at the shoe factory found himself at a loose end in the design room with a pencil and paper.

It happened that an eager young under manager spotted his doodles and decided the design was just what the hip dudes of the town needed. The apprentice was called Henry Winkle and because the blokes all found themselves trying to squeeze their big flat feet into the pointy wedge that was the toe of a Winkle Picker.

From that moment on chiropodists had a job for life and corn plasters were quoted on the Stock Exchange. And we all complain about our feet. Some say there is no greater pain than a corn. 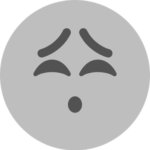 Local writer Congo Reeve summed it up in a line from his play; The Morning Bride, “Heaven has no rage like love to hatred turned nor Hell no fury like a women’s corns.”